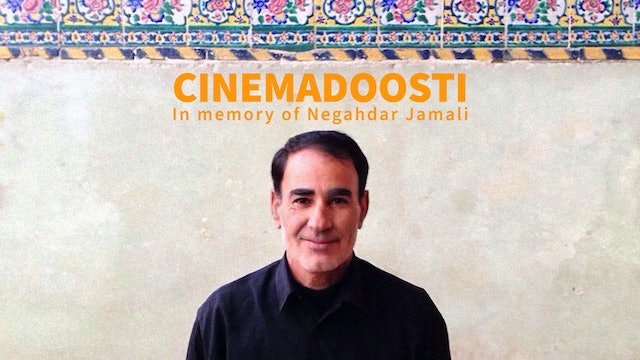 In memory of Negahdar Jamali
Curation and notes by Ehsan Khoshbakht

This programme celebrates the intense passion for film and its possibilities that persists among Iranians, in a series of documentaries that reflect 'cinemadoosti' – the Persian word for cinephilia. These are films about daydreaming and the high price one pays for it, the story of marginalised and estranged people whose passion for cinema becomes their raison d’être.

The image of an Iranian cinephile asserts certain clichés which are not entirely unfounded: often a lonely male who collects filmic memorabilia and devours the content of film magazines; a figure occasionally facile and portentous yet burnt by an unbounded love for the movies. A name-dropper and date-of-production memoriser who likes to be seen as a walking film history, a 'cinemadoost' (cinephile) living in a parallel universe. The subject of cinephilia appears in these films as passion for filmmaking and the obsession with film world by marginal figures and outcasts. Most of the films made about these characters share certain wryness. What we have access to as the starting point of Iranian cinema, Haji Agha the Cinema Actor (1933), is also a tale of cinemadoosti. The theme appeared in a number of Iranian popular films made between the 1960s the late 1980s, but it was Abbas Kiarostami’s Close-up (1990) which gave the subject its proper documentary treatment.

In this moving account of a man bewitched by Mohsen Makhmalbaf’s films, to the extent that he poses as Makhmalbaf, one could see, perhaps for the first time, a cinemadoost without the exaggerated cosmetics of popular cinema: Its protagonist, Hossein Sabzian, is an insecure and intense dreamer, hungry for recognition. But he is a victim too, a victim of false promises of an unjust society.
It is in the last shot of Close-up, with Sabzian and Makhmalbaf united, that cinema and cinephilia collapse. It is also where the unhinged Salaam Cinema (1995) was born, a film which tells what could have happened of Kiarostami was unable to balance the dynamics between the lie and the truth, fact and fiction, control and abandon. Makhmalbaf went from extreme to extreme: from cinema denial to a blinded passion which led to authoritarian use of the camera. Salaam Cinema completes the picture of cinemadoosti which is as much about abuse as it is about passion.

Sabzian is a father figure of sorts to the cinephiles we meet in My Name is Negahdar Jamali and I Make Westerns (2012) and Trucker and the Fox (2013).
Trucker and the Fox is about the hobbyist films made by the film’s main character, Mahmoud Kian Flaverjani. A manic-depressive truck driver in love with animals and cinema, Flaverjani’s obsession with his pets (which include a fox) leads him to cast them in ultra-low-budget versions of David Attenborough’s Planet Earth. One feels that Flaverjani becomes the subject of director Arash Lahooti’s fascination partly due to the fact that the professional filmmaker shares the endeavours and failures of his amateur counterpart.
Kamran Heydari, the director of My Name Is Negahdar Jamali and I Make Westerns, shares the same doubts. The subject of his film is a master of no-budget westerns set on the plains around Shiraz. Negahdar revives his desired cinema at any price, even accepting the break-up of his family in the process. Again, the line between cinema and life is hilariously blurred.

It is somewhat unique to Iran that many of the works produced by its filmmakers lead us to considerations of cinema itself, quoting films in various contexts, while at the same time commenting on recent history as in Seyed Reza Razavi’s Seconds of Lead (2012).
Seconds of Lead begins by recounting the Black Friday massacre in Tehran’s Jaleh Square, but then restructures itself as a film about a projectionist, who worked at a nearby cinema, who hasn’t yet recovered from the trauma of that day and the lives he could not save. The trauma is felt not only by this projectionist; it is the trauma of cinemadoosti.

By the time of writing this, the idea of cinemadoosti documentary has become hackneyed through unimaginative repetition and imitation. Viewed for selecting this programme were some new examples whose exploitative dimensions, following the same path that Salaam Cinema laid ahead, had become simply too much to bear. However, we have one fine, new chapter introduced by Bristol-based, Iranian experimental filmmaker Niyaz Saghari. Her VHS Diaries (2020) is a work of candour and historical perspective which, as its title suggests, documents the thrill of the home video years and celebrates filmi people (underground door-to-door film renters.) It's a rare film in the sense that its irony is under control, and its innate respect extends to all the characters and voices in the film, regardless of their position and their level of authority.
What Saghari addresses towards the end of VHS Diaries about the arrival of torrent sites, Telegram dominance and the online experience is not only the end of her film but also the end of cinemadoosti as we once knew it. In the democracy of the Internet fades away the unleashed passion of Sabzian, his sons and daughters. 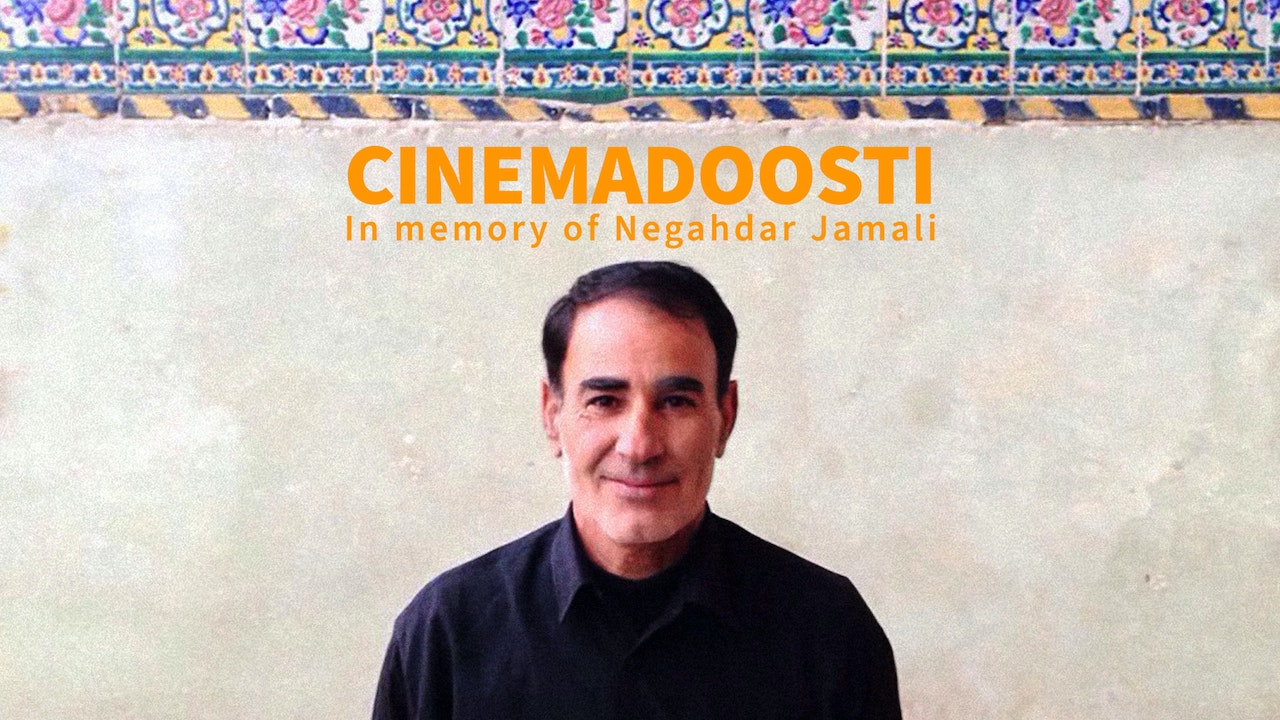